The business today, which was founded in 1860, carries the name of Job Earnshaw, who worked falls of timber in the local area near Wakefield. Soon his brothers joined him in the venture, and a small sawmill was built on the Midgley site, producing parts for horse-drawn carts, gates, fence posts, rails and various items used in agriculture.

The company is still owned and managed by descendants of the founders and we still maintain the same service tradition that was so important in the 1860s. While the company has adapted and changed over the years we have built on those years of experience to be true experts in our field. 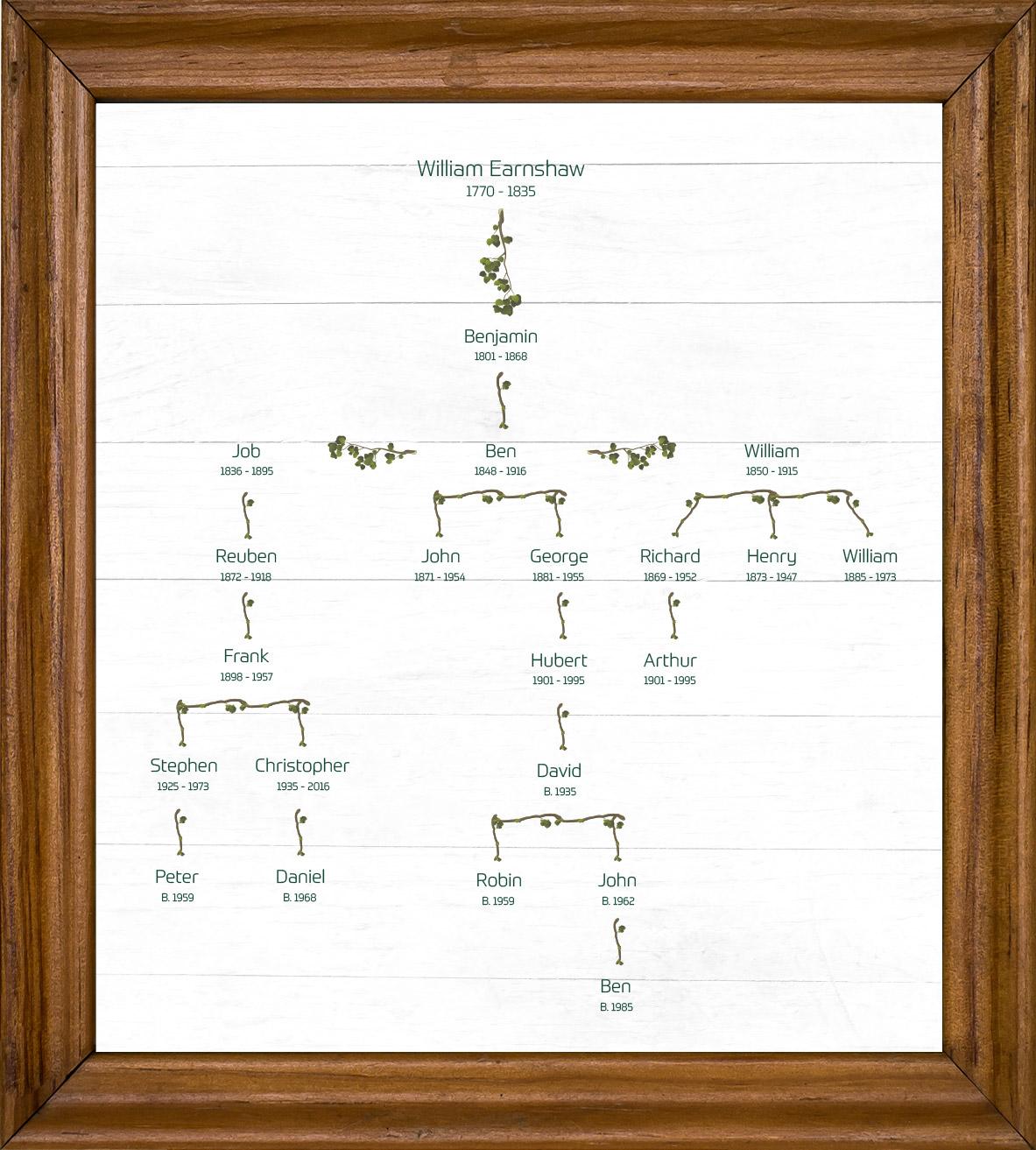 Director, Head of Forestry and Infrastructure

Director, CEO, Head of Finance, IT and Administration

A Brief History of Earnshaws

Records show that the Earnshaw family has been connected with the timber trade since 1780.

The business today, which was founded in 1860, carries the name of Job Earnshaw, who worked falls of timber in the local area near Wakefield. Soon his brothers joined him in the venture, and a small sawmill was built on the Midgley site, producing parts for horse drawn carts, gates, fence posts, rails and various items used in agriculture. Initially all the sawing was done by hand, but this was soon brought to an end with the acquisition of a traction engine, which in turn was replaced with a steam engine in 1880. The sawmill became fully electrified in 1939.

By the end the end of the First World War the company had around 40 employees and supplied a wide range of timber, oak for railway wagons and fencing, ash for handles and cart shafts, elm for wheel hubs, ironwork in-house. Until the 1940s most haulage and extraction was done by horse – at onetime the company owned 26 horses – 16 at Midgley and 10 at Wakefield.

Since the Second World War, the company has evolved steadily. Premises in Wakefield were sold, a sawmill at Brigg in Lincolnshire was bought. Large areas of woodland have been acquired which the company still works to this day. With the decline of the regions traditional industries of steel, coal and textiles the company moved towards agricultural products with fencing and gates taking over much of the mills production. With the addition of a pressure treatment tank in the 1970s much of the production shifted to softwood species. In the mid 1980s the company launched its first ‘Fencing Centre’, a major initiative which took Earnshaws into retail operations for the first time.

An upsurge of interest

In many ways, the company was a pioneer offering fencing and landscaping products direct to the general public. Though initial demand was steady, word soon spread, and the company was ideally placed to cater for the upsurge of interest fuelled by the makeover programmes of the 1990s. In 1996, following the closure of the local coal mine, the company relocated its entire Midgley based operation to the newly vacated 13-acre site. The move allowed for the further modernisation of the sawmill operation, but in particular, enabled the further development of the retail and distribution enterprise.

1880
By about 1880 more power became necessary to develop the Sawmill, and the charismatic old traction engine was replaced with the purchase of an upright boiler and small steam engine of a few HP to drive more saws.

1914
In 1914 the Directors met to consider the very serious question of investing in a motor car. They decided to buy a Ford car, a modest step which of course led to the eventual adoption of motor vehicles for all transport and carriage of timber.

1916
A compound horizontal engine of 80 HP, built by Bradley & Craven of Wakefield was bought from Marshall, Kaye & Marshall of Ravensthorpe in 1916. A reservoir was made for condensation purposes and a Brick chimney built. The engine gave a good reserve of power. A suction plant for burning sawdust was installed, and an acetylene plant for lighting the sheds and houses. This was eventually replaced by gas. The chimney became a feature of the Midgley skyline until it was demolished in the mid 60’sfollowing the change to electric power.

1923
In 1923 Earnshaws installed the third phone on the Horbury Exchange –Horbury 3. The first two being the Police and the Town Hall!

1939
Trouble with the hand crane in the Midgley Yard lead to consultations with the Yorkshire Electricity Power Co. to plan the electrification of the works and in 1939 this was gradually installed. The advantages of this power source radically improved productivity in many ways and quickly proved its worth.

1960
Mechanisation and especially the use of early chainsaws, fork lifts and Volvo loaders bring about radical changes to working practices and dramatic reduction in the time taken to fell and process a tree.

1990
Computerised control of processes in the saw mill make Earnshaws one of the most efficient in the country. Speed, economy and waste are all optimised as concern for scarce and natural resources climbs up the social and political agenda.

2010
Radical upgrade of the web site takes Earnshaws fully into the digital and on-line age.

From the early 1960s mechanisation started to enter the woods in the form of the early chainsaws such as the Jobu and the Dolmar – dramatically reducing the felling time!

The next major leap was the introduction of Volvo BM loaders that could load logs onto the wagons without the need of wooden tripods and winch tractors.

By the 1970s as the wagons got HIAB loading cranes the winch tractors were supplemented by tractors and forwarder trailers.

As the new millennium arrived Earnshaws had become fully mechanised with nearly all softwood felling being undertaken by large mechanised processors that can fell in an hour, the volume a team of four men would have struggled to fell in a week, only a generation before.

Now, sadly, the only job left for the skilled timber feller is the largest hardwoods that the processors still can’t handle. Earnshaws still employ a gang of two men to do this job.

Where the fleet of old wagons struggled to carry a 12-tonne load, the latest HIAB equipped articulated fleet can carry payloads only dreamed of in the 60s.

Loading now takes around 20 minutes whereas the old load would have taken two or three hours to get onto the wagon.

A great tradition in fencing

Many of the products we sell today are still made by hand in our own workshops where quality and durability are second nature.

1998 saw the opening of a Fencing Centre on the sawmill site at Brigg, replicating the success of the Centre at Midgley the Brigg site brought the same wide range of fencing and landscaping products to customers from Scunthorpe to Lincoln and across to the East coast.
2007 saw the opening of the third Fencing Centre at the site of the old Wentworth Estate sawmill in the picturesque village of Wentworth near Rotherham. This site has since had a complete refit and has added additional joinery and panel capabilities to the company

Earnshaws celebrated its 150th anniversary in 2010, the company is still owned and managed by descendants of the founders and we still maintain the same service tradition that was so important back in the 1860s. While the company has adapted and changed over the years we have built on those years of experience to be true experts in our field. 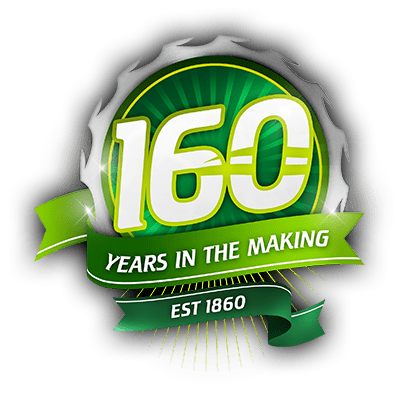 Many of the products we sell today are still made by hand in our workshops where quality and durability are second nature.