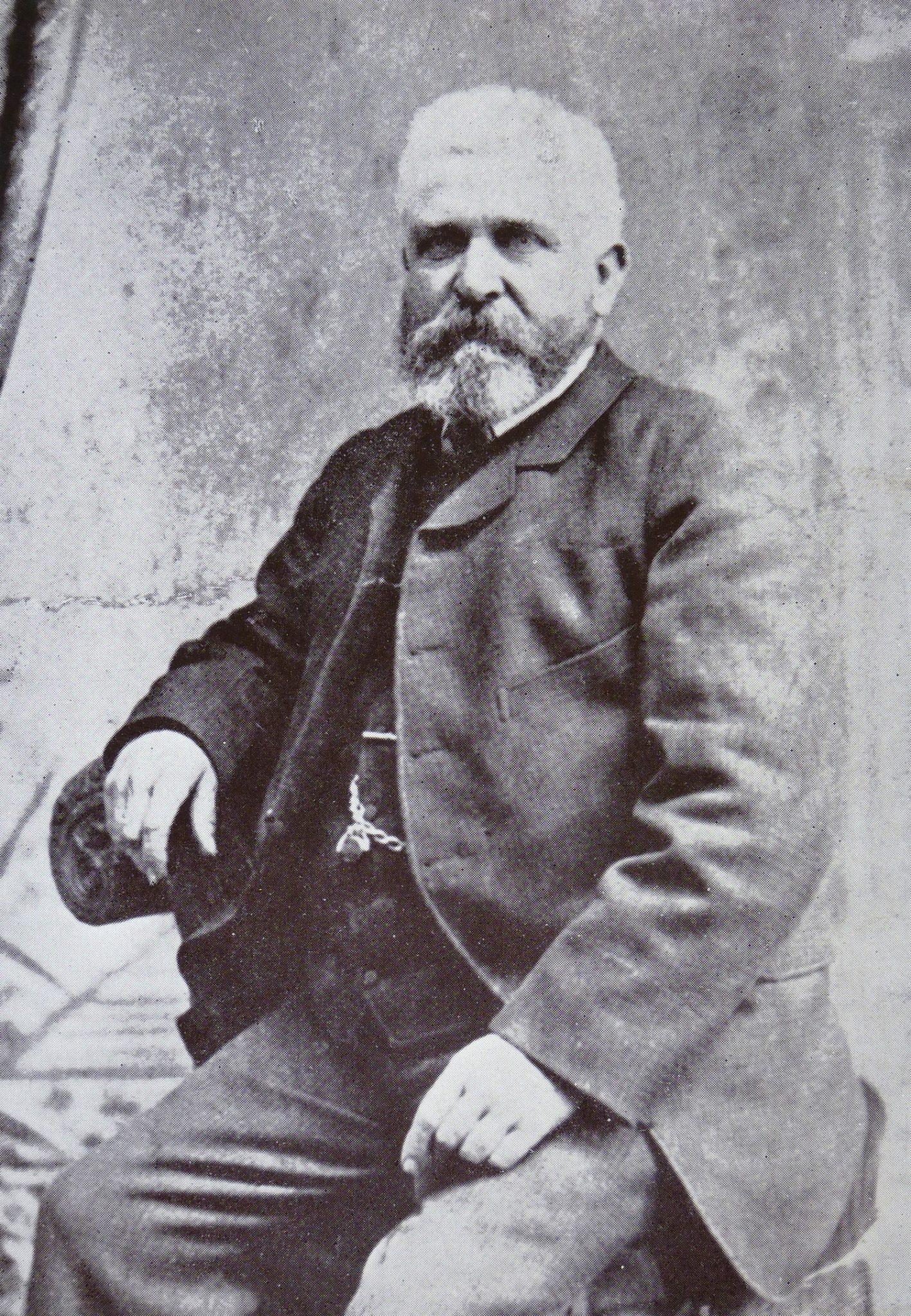 Earnshaws began in the 19th Century when around 1860 Job Earnshaw (pictured above) started out with the purchase of his first small fall of timber. This single transaction was the very beginning of what would become a legacy which has endured for 6 generations through to the present day.

Initially the timber was sold in the round but to make use out of the remaining unsold trees Job set up a small saw mill at Midgley in order to convert them into usable shapes and sizes. His younger brothers, Ben and William, were employed as woodmen felling the timber and cutting out the underwood. It was a familiar sight each evening to see two horse drawn timber wagons slowly progressing along the road from Bretton. The horses, Captain, Farmer, Jumper and Short were all familiar household names in the local area.

By 1880 more power became necessary to develop the sawmill. The old traction engine was replaced with an upright boiler and a small steam engine was brought in to drive more saws, which was cutting edge technology in those early days!

Job’s only son Reuben had come into the business and when Job died the business was re-arranged under the three partners Ben, William and Reuben in 1896. William’s eldest son Richard would eventually become foreman in the woodyard.

A limited company was formed in 1911 and then in 1914 the Directors bought their first vehicle, a Ford car. The mechanisation continued in 1916 when a compound horizontal engine was bought. Built by Bradley & Craven of WakefieldIt it provided a whopping 80 horsepower! A reservoir was constructed for condensation purposes and a brick chimney was built which became a feature of the Midgley skyline for many years. It was only demolished in 1963 following the change to electric power.

In 1923 Earnshaws installed the third phone on the Horbury exchange after the first two, which were the Police and the Town Hall exchanges!

In 1938 Frank Earnshaw was Director, and he bought two farms owned by Lord Allendale for £2,200 expanding our capacity. Electrification of the Midgley Yard then followed in 1939 which also improved productivity in many ways including the first electric cranes.

Further expansion was to occur after the difficult war time years when the Denby Grange estate of Sir Kenelm A Kaye came onto the market in 1948. The Earnshaws of the day purchased the whole estate, which comprised of the hall itself, gardens and grounds totalling in 1,000 acres over 8 farms and 100 acres of woodland.

As late as 1960’s tree felling was being carried out in the same way that it had for the previous hundreds of years. This involved very hard work with axes and large two man saws. It could take as long as three days to fell and dress out a single large beech tree.

Unknown to the Midgley Earnshaws a member of another branch of the Kirkburton Earnshaw family was running a timber firm at Brigg in North Lincolnshire. Rather than let the business go out of the family as retirement approached, the owner at Brigg contacted Midgley and offered it for sale. This was accepted, and in 1973 the firm’s third sawmill was born.

By the late 1970’s demand for fencing had reached such a level that the company began to make items for stock ready for sale. The concept of the “fencing centre” was born.

By the early 1980’s this idea had outgrown it’s humble beginnings and a purpose built shop and sales yard was planned and built in a small field by the office at the old Midgley site. Customers could buy and take away fencing and timber materials in much the same way that is common place today. By the early 1990’s another larger shop was built and the sales yard had expanded ten fold. By 1996 the company was ready to relocate to the former Denby Grange colliery site and a new even bigger purpose built Earnshaw’s Fencing Centre emerged.

In 1997 the Brigg site moved to its current site and in 2007 Wentworth Sawmills was purchased and redeveloped to emerge as Earnshaws Fencing Centre, Wentworth. The current Midgley site further expanded and improved to become the site we have today.

Throughout the 150 years that we have been in business, in addition to the modernisation that has taken place during all that time, Earnshaws Fencing Centres still provide the traditional services of bespoke joinery, saw milling and tree felling as we have done for generations.