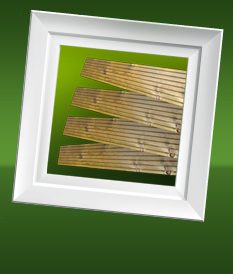 At Earnshaw’s we are happy to support anything that celebrates Yorkshire traditions, and it doesn’t get more traditional than rhubarb.

The Wakefield Festival of Food, Drink and Rhubarb

The Annual Wakefield Festival of Food, Drink and Rhubarb will be held in the City Centre on Friday 17, Saturday 18 and Sunday 19 February 2017. The festival will showcase the Rhubarb Triangle’s unique tradition of rhubarb growing and its importance to the local economy.

Celebrity chef, Jean-Christophe Novelli and festival stalwart Rachel Green, of ITV Yorkshire’s Flying Cook fame, will be the star attractions. In addition to cookery demonstrations, street food, walks and tours, more than 40 stalls will be selling a variety of rhubarb produce from bread, cupcakes, sausages and pies.

A Native of Siberia

The famous Yorkshire Rhubarb Triangle is a nine square-mile triangle formed around Wakefield, Morley and Rothwell and is famous for producing forced rhubarb. It includes Kirkhamgate, East Ardsley, Stanley, Lofthouse and Carlton. However, at its peak, the triangle covered 30 square miles across Bradford, Wakefield and Leeds, producing 90% of the world’s rhubarb. Originally a native of Siberia, rhubarb thrives in the wet cold winters in Yorkshire.

If you fancy growing your own rhubarb, then Spring is the time to start, and our planter box kit might be just what you are looking for.