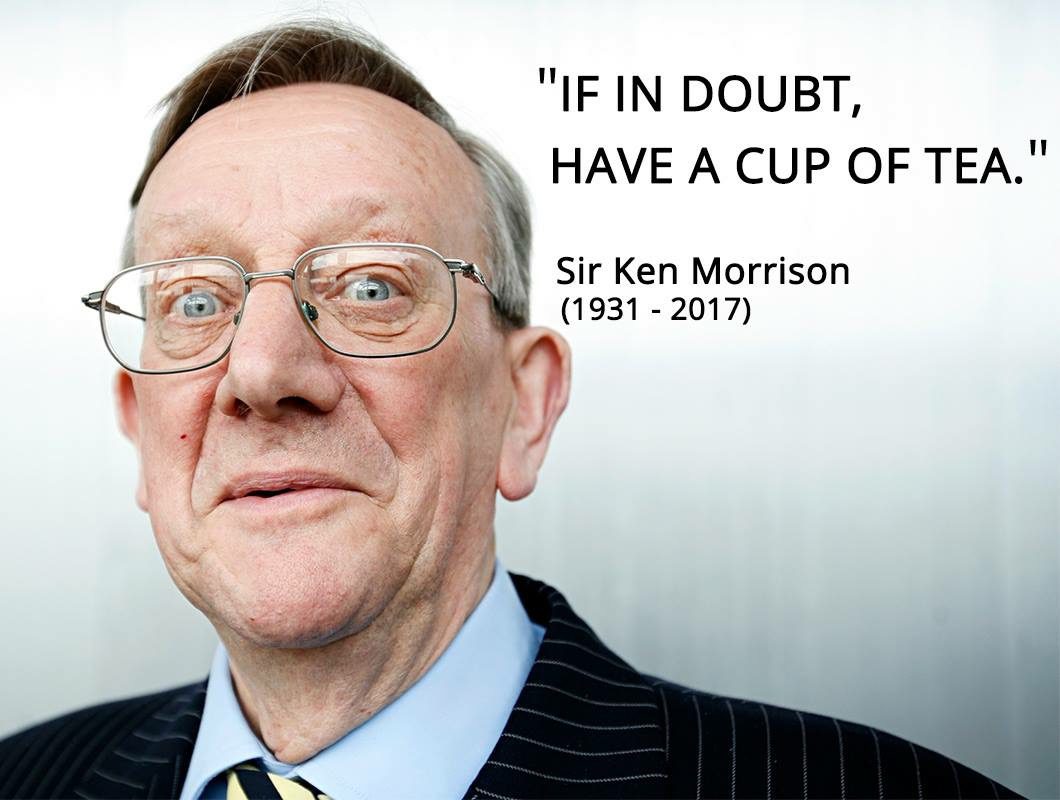 Sir Ken Morrison, who took a small family grocery business and grew it into the nationally known Morrisons brand has died aged 85. Sir Ken remained proud of his Yorkshire roots and combined a flair for retailing with a reputation for straight talking and a ferocious wit. The company floated in 1967, and four decades of unbroken sales and profit growth followed.

A distinct lack of enthusiasm for on line retailing led to the company lagging behind competitor’s internet and home delivery options. But the purchase of Safeway had established Morrisons as the 4th largest UK retailer, at one point serving 9 million customers a week through 375 stores.

Andrew Higginson, the current chairman of Morrisons, said: “I know that I speak for the whole company when I say how profoundly sad we were to hear of Sir Ken’s death. He was an inspirational leader and the driving force behind Morrisons for over half a century. Although he retired several years ago, his legacy is evident every day and in every aspect of our business.

“Ken will be remembered by us all for his leadership, his passion for retailing and for his great love of Morrisons. To honour his memory in the most appropriate way we can, we will continue to develop the company that he built and loved.”

Sir Ken’s family said: “Sir Ken was, of course, a unique figure in the history of grocery retailing in the UK, for more than half a century being the driving force at the heart of Morrisons as it grew from two market stalls to become one of the UK’s largest retailers.