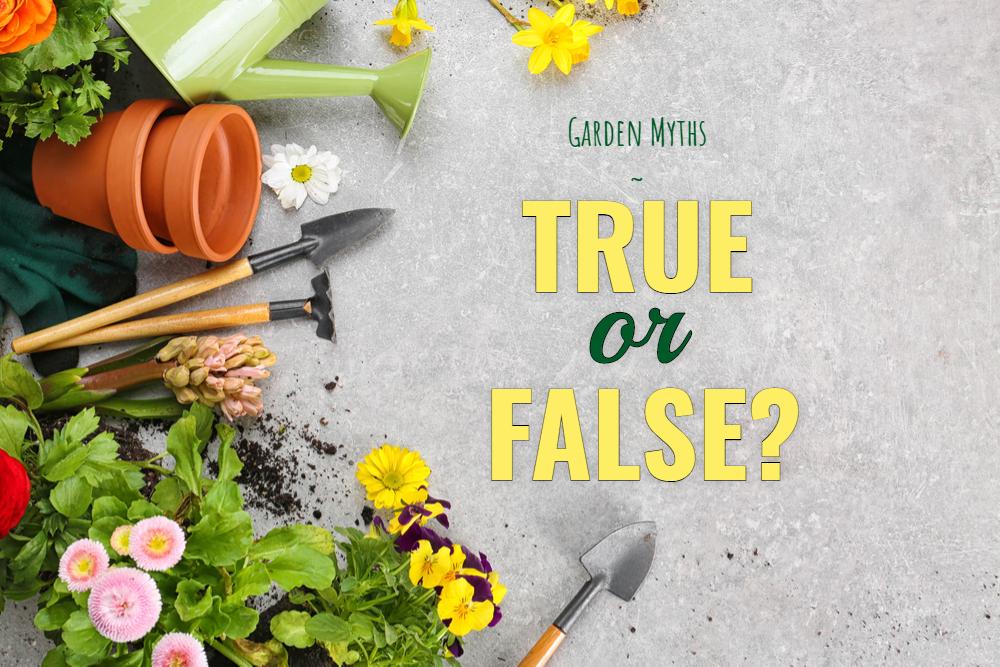 Gardening is full of myths and old wives’ tales. Many are handed down through the generations and passed on in garden sheds and across allotments across the land. But, should you add sugar to the soil to sweeten tomatoes and is it true that nothing grows under a Walnut Tree?

Nothing grows under a walnut tree

This one sounds like an old wives’ tale but it’s true. In common with many other fruit trees the leaves, fruit, bark and stems of a walnut tree produces a non-toxic chemical called hydrojuglone, which exposed to the air or soil, oxidises into a toxic chemical which kills sensitive plants through a process called allelopathy.

Always collect leaves and debris from around walnut trees to stop them killing off surrounding plants.

Good Friday is the day to plant potatoes

No, no, no. This can’t be true as Easter can fall between March 22 and April 25. Potatoes are from the High Andes and when they arrived in England in 1585, some said that they were the devil’s food. Hence the association with a religious festival and the hope of mitigating their evil by planting on a Holy Day.

However, it is good advice to plant frost sensitive spuds once spring is definitely here.

Parsnips are better after frost

Absolutely true. Starches are converted to sugar by low temperatures, helping to give parsnips a nutty flavour. You can replicate the effects of frost in a mild year, by putting parsnips in the bottom of your fridge for two weeks. 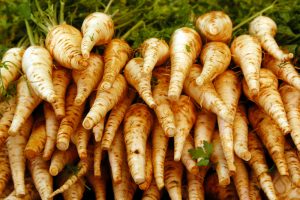 This myth is based on the fact that shallot sets take exactly 26 weeks to mature. However, a better plan is to plant your shallots in early March to be ready by the end of August, as they prefer warmth.

Probably one of the most often repeated old wives tails, this one turns out to have no basis in fact. A study found no evidence that water droplets cause sunburn or scorch the foliage. However, it is logical to avoid watering at midday in summer, as higher temperatures cause evaporation and waste water. 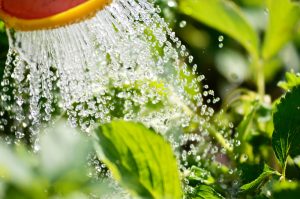 Probably not true for today’s climate and quite likely coined in pre-global warming times, this adage may have been true once upon a time. Oak trees are temperature-sensitive, while ash trees are believed to respond to light levels. However, today ash trees are rarely if ever seen in leaf before oaks.

Add sugar to the soil to make tomatoes sweeter

This one is wrong sadly – if only it was that simple. In fact, tomatoes don’t take sweetness from soil. Plant photosynthesis, type of tomato and ripeness are the deciding factors in sweetness.

Male and female trees are needed in order to get fruit

Yes and no! Some varieties do need both male and female trees in close proximity in order to produce fruit. However self-pollinating peach, apple, apricot, pear and cherry trees are available which provide their own pollen and fertilise themselves!

Gravel in the base of pots will help drainage

Not true. The idea is that a layer of gravel over the drainage holes at the bottom of pots will keep the hole open and stop water-logging.  But soil behaves like a sponge and water won’t run into the gravel until the soil is saturated first.  So, partially filling your pot with gravel just creates a smaller pot!

Plants will perform better if you choose high-quality potting soil that is well draining. As an alternative to gravel in the bottom of your pot, try adding perlite, grit, or compost into your potting soil to increase drainage throughout the entire pot. 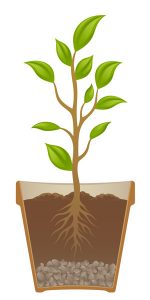 Ashes from the fireplace will encourage flowering and fruiting

This has a great grounding in science. Wood ash contains potash and potassium, which is alkaline, and is readily absorbed by plants and trees.  Tomatoes and many fruit trees respond especially well to the addition of wood ash to the soil.